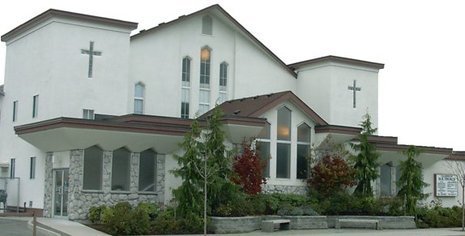 The Clearbrook Mennonite Brethren Church began in 1936 to serve the needs of Mennonite Brethren settlers in the area.  In the early 40's the small congregation bought the present land the church is situated on for $1.00 from the municipality, and asked each member to pay a $5.00 levy to help finance the construction of a church building.  In 1957 a larger sanctuary was built followed by some additions in later years.

From those early pioneer days, the church grew to a membership of over 700.  In addition  to helping in the formation of a church at Lake Errock, the Clearbrook M.B. Church had an active part in the beginning of the Bakerview M.B. church, with a number of its members becoming founding members there.

In the early decades of the church members made a significant contribution to the development of the surrounding community as farmers and local businessmen. Leadership for the formation of the Tabor Home Society in 1959 to care for the elderly originated in the Clearbrook church. The church also supported the early development of what is now Columbia Bible College and of the Mennonite Educational Institute. A number of educators, denominational leaders and missionaries have roots in Clearbrook MB Church.

In 1999 the church received a license from the CRTC to operate its own TV station. (see TV Ministry). A major facility renovation was completed in 2012 which included redesigning the church office and added an elevator to make access easier. Also, a ministry to the South Asian community began that year. (See Ministry: Ethnic Ministry)