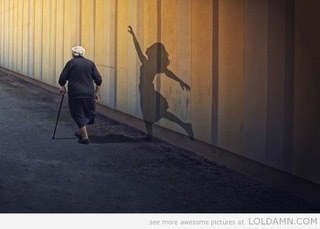 Years back, Miriam and I were late to the film, "Les Miserables." We got stuck in the second row from the front, gazing straight up at the screen. I am not a film critic, but.... if you don't enjoy musicals, if you are tired of period pieces, if you know nothing about the book, if you have a lousy seat...it is still a film worth seeing. Why? Not for the heart wrenching scenes, (take Kleenex), not for the Oscar contenders, not for 19th century French history. Go and see it for the sake of grace. Apart from the Scriptures, I have rarely seen a better portrayal of what grace is and what grace does.

Victor Hugo's story is a contrast on the ways of Law and the ways of Grace. Valjean is a man with a guilty past he cannot escape. Javier is the enforcement of law, who hunts Valjean to ensure that strict justice is done. Valjean's life and contribution to society are radically altered by the taste of grace. He becomes an agent of mercy to those around him. Javier's insistence upon the penalty of law intensifies. He grows so brittle in his pursuit of punishment, he snaps. Valjean who tasted grace; embraces life, joy and love. Javier who sees only crime and punishment, is unable to receive the gift of grace offered him. The moral of the story is clear; it is not perfectionism that will make a better world, but the mercy granted to our failures. Mercy from God and one another.

In real life, people don't go around singing to converse. In real life people aren't as interesting or funny as a screenwriter scripts them to be. Outside of theatres, the tragedies of life have no musical score. In our routines, the wheel of coincidence doesn't take us full circle to a point of enlightenment. In our world, the villains are not so obvious and love is not so compelling. So the film felt false. That's what I thought as I left the movie, but today I know I was wrong. Apart from strangers breaking out in 4 part harmony, the world on the screen is the world out my window.

People are interesting and thankfully, some are even funny! God does spin circumstance so that we can harvest wisdom. The pains of life are genuine and can be ugly. But there is love that stirs hearts and grace that improves time and eternity. The prayer that "God will be forgiving," gets answered with a "Yes" in Christ. The power of mercy to steer a soul in a new direction is not just in books or movies. It is all around us. The story of grace is not fiction, a wish or a dream. It is the engine of love which drives the heart of God. And it is all around me. This is a world soaked in grace. It may not always be obvious nor is it always our first choice. But it is never absent. We can default to a world of "you get what you deserve." But grace is never far and grace is far better. A reason to be thankful.