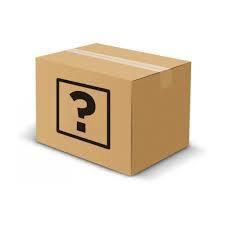 Life is filled with complexity hidden beneath simplicity. Things that appear straightforward, may actually be intricate beyond explanation. So computers, cars, even sly smiles, are not as simple as they seem. Christmas is also complexity wrapped by simplicity. It doesn’t take long for a child to catch on to Christmas; but we’d be mistaken to think of Christmas as a simple story. Like a surprise package, the Christmas narrative hides theological depth which is crystallized into a single word - Incarnation.

Incarnation is a historical word to encapsulate the fact that God became flesh (John 1:14). Incarnation does not mean that God squeezed Himself into a body. It means more - (remember complexity underneath simplicity). Jesus’ conception and birth is a unique harmony of Deity and humanity - both at once and both in full and equal measure. Jesus is God without diminishment. Jesus is human without diminishment. He is both at once, without contradiction, tension or division. And while I can type those words, I can’t explain them. It bends my brain. I know the incarnation is the pivot of God’s grand plan for creation. I know it is vital for my salvation. I know it is a portal through which I grasp God. But any elucidation I try to make of it will always fall short of the marvel of it. All I can do is state the reality as Scriptures presents it and then stand back in wonder. No wait… I can do more. I can try to express what the confounding truth of the incarnation means not to my head, but to my heart.

While there is much I cannot grasp, I can grasp this: at its core, the incarnation means that God wanted to be like me. He wanted to be like you. It was the heart and will of God to step into our life experience. He embraced the limitations of time and space. He chose to feel hunger, thirst and pain. The Omnipotent wanted to taste fatigue. The One who Speaks became a beginner in talking. The Unchanging One grew. Omnipotence subjected Himself to misunderstandings, oppression and violence. The Omniscient asked genuine questions. The Author of life became fragile and dependent. The Holy One took upon His body and soul our guilt, shame and judgement.

God wanted to be like us. The things I want to run from in my life, God embraced. The limitations we see as problems, are constraints He wore. Our smallness was not too small for Infinity. So what does it mean?

The incarnation pronounces that creation is good enough for God to live in. It assures us that there is nothing about our lives God does not understand. It soothes us with Divine Empathy for our wounds. But supremely, the incarnation proves we are loved. God loves you enough to become just like you. So, while my head is baffled, my heart is humbled. What love! God wanted to be like us, so we can be like Him.