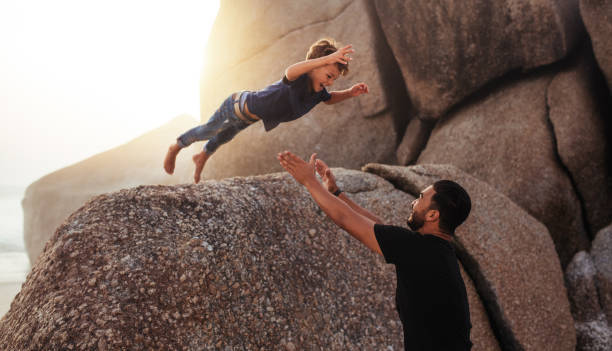 If we are honest and grateful we will have told someone, “I could not have made it through that crisis if you had not been there with me.”

We may feel strong and believe we can make it through life without any other person’s help. We know that when we were infants, we needed other people to help us. This will apply at the end of life as well. We need one another in all the phases of life - from the cradle to the grave.

In Psalm 124, King David declared his confidence in God. David experienced some major crisis in his reign and recorded his declaration of trust in God. Then the compilers of the Psalter incorporated David’s declaration of trust into this group of psalms, thus inspiring pilgrims that the LORD God is worthy of their complete trust.

The story when the Philistines intended to end David’s reign and thus destroy any hope of Israel (2 Samuel 5) fits David’s declaration of utter dependence and complete trust in God. David knew that in his own power, he could not stand a chance against the Philistines. He needed the LORD to be on his side.

David’s experience has been repeated throughout history. The Israelites responded to David’s testimonial of trust with four images. These vivid figures portray what God’s people sensed would happen to them if the LORD did not rescue them. They would be (1) devoured by a monster, v. 3, (2) drowned by a raging torrent, v. 4, 5, (3) slowly torn and ground to death, v. 6, or (4) trapped in a cage, v. 7. These are four graphic images that describe how God’s people sensed they would be destroyed. I do not know what you are going through or dreading in the future. You will describe your crisis - whatever you dread – in your own way. My prayer for you is that with David, the Israelites, and God’s people throughout history you will declare, “My help is in the name of the LORD, the Maker of heaven and earth.”

However, if you are like me, you will sometimes despair. You sense that the LORD is not on your side. My prayer is that a friend will embrace you and feel your despair. May God give us renewed hope – even in the darkest night.