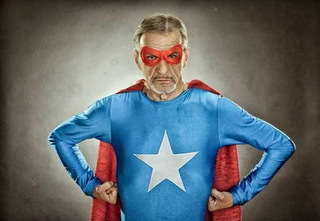 Thomas Moore died this week from COVID-19. This Englander was a centenarian, a RAF veteran of WW2 and someone who earned global fame in his final year. If you can’t recall his name, you probably remember his story. Mr. Moore had been treated for cancer and wanted to express his support for health care workers. He wasn’t content with just saying, “Thank you.” He looked outside and decided that during this pandemic, he could still pace around his garden. He decided to do a circuit for every year he has lived. He would ask for pledges to match his 100 laps. Who knows, he might raise $1,000? Well Mr. Moore pushed his walker every day in a path around his garden. Word spread about his efforts and intent. Once the final lap was completed, his financial pledges totaled more than $40 million. He reached his goal, raised more money than imagination could conceive and was knighted by Queen Elizabeth. Sir Thomas Moore earned the admiration and affection of a nation. It’s a great story, but more.

Our society is guilty of ageism. We define others on the basis of how old they are. This is most obvious for seniors. As we mature, less is required of us. We’re expected to retire. Others plan the family Christmas dinner. Eventually someone else will drive me to my destinations, or do my banking, or move my reduced furniture into a reduced space. We are nudged to the periphery of conversations, decisions and action of life. It dawns that not only is less required of us, less is expected from us! No one denies that aging presents limitations. A senior’s gait may be slower and the car keys misplaced more than once. But a diminishment of some capacity doesn’t mean that worth and contribution evaporate in advanced years. Our lives do not decline in value to a zero base. That’s not how God sees it.

God sees advanced years as a time for fruitfulness - green and full of sap! (Ps.93:14) Paul admits the physical struggle, but points to the inner person being renewed daily. (2 Cor.4:16) The examples of Abraham, Moses, Caleb and John on Patmos, all suggest that the greatest impact of our lives can be in the final chapters. After all, God spent decades shaping them. Why ostracize the ones who are ripe and ignore their fruitful offerings? Our cultural disregard and disrespect of seniors is a shame and a sin. But that is not the whole picture.

The problem is not simply with society but also a senior mentality that withdraws from engaging. Sir Thomas Moore explodes the myth that we have nothing to contribute. He spotlights a way forward. We should be less focused on what we cannot do and pray for fresh impact to our families, communities and churches. There is always something we can do. We probably won’t gain international fame. But God sees. God knows. He is honoured when we run our race to the end. Even if it is with a walker.