What will people say? 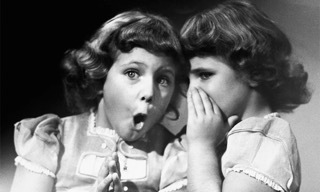 What will people say?

It would be easier to give mouth to mouth resuscitation to an alligator than to stand in Moses’ sandals. The demands upon him were as deep and wide as the Red Sea. Perhaps none was greater than when Moses stood in the space between God and a stubborn people. The book of Numbers accounts of one such time. From the border Israel gazed at the Promised Land and faltered. Like flies in the ointment, there were warriors, large and plentiful, among the milk and honey. Despite everything they had seen God do for them, they quivered and refused to step over the threshold. The patience of God wore thin. He intended to disinherit the whole lot and begin anew with Moses. Moses rebuffed God’s personal offer and interceded for the nation. He couldn’t defend the people’s cowardice, so he appealed to God’s glory.

Moses didn’t argue that annihilation would be unfair. Justice would be served with complete destruction. Instead, Moses asked God, “What will people say? If all Israel is killed then Egypt will gloat, “God couldn’t do it.” It would appear that God could free them, but not form them. Israel was too weak, too stubborn, too broken, too sinful for God to make them His own. It was a good idea - just too much for God to do. To counter that, Moses asked God to consider His glory.

The glory of God is not vanity or pride. It is the manifestation of His nature, a reflection of Who He is. Moses did not want people to get the wrong picture of God. What is the right picture? Moses tells us, “Now let the power of the Lord be as great as You promised, saying, ‘The Lord is slow to anger and abounding in steadfast love, forgiving iniquity and transgression.’” (Num.14:16,17) Instead of the power of destruction, Moses wants enemies to see the power of forgiveness as His glory. The power of His heart to love and forgive, even a people such as this.

The glory of God is epitomized, not by the plagues, parting the waters, the thunder of Sinai, or daily manna from heaven. The glory of God is His heart to forgive. It is the glory of grace. Paul echoes the same in the first chapter of Ephesians. Because of Jesus Christ, creation will praise, “His glorious grace.” This is the reason Paul can assure us, “He who began a good work in you will bring it to completion.” (Phil1:6) God will do what He set out to do for us. Not simply because He is true, holy or powerful, but because He is love. His grace cannot be depleted by my stupidity, fear, sinful decisions or immature ways. He loves enough to forgive as many times as it takes for us to reach the Promised Land. As we cross the threshold, what will people say? “Look at how God loves His people!” It will be glorious.