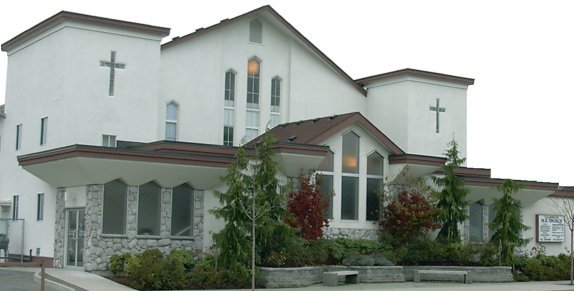 The Clearbrook Mennonite Brethren Church was begun in 1936 to serve the needs of Mennonite Brethren settlers in the area. Most of the early pioneers were immigrants from south Russia who had come to Canada to escape religious persecution.

From those early pioneer days, the church grew to a membership of over 700 before a number of members left to help in the formation of the Bakerview MB Church in 1965.

Over the years the members of the church became more acculturated into Canadian society and adopted the English language for most of its services and meetings. For the benefit of those members whose heart language is still German, there is a separate weekly Bible Study and Worship Service in German.

From its early beginning, the church has had a strong emphasis on Bible based preaching and Christian education.  Clearbrook MB is known for its strong support for missions and M.B. Conference ministries. Many of its members are strong prayer warriors backing up the pastors and leaders of the church.

Humanitarian services have also had strong support. Many of its members continue to be active as volunteers in the community.

Over the years, the Clearbrook M.B. Church has changed with the community around it. Multi-storey condominiums for seniors surround the church. As a result, the church has focussed on ministries to seniors. Its music and style of worship appeal to the older generation. At the same time, younger families from varying backgrounds preferring a more conservative style of worship have also been attracted to the church. The Chancel Choir and musicians from within the church enhance the worship services.

The church also seeks to extend its reach into the community through its TV ministry, ethnic ministries and monthly Hymn Sing.